Abbeymead Dental Centre decided to change it’s old manual shutters which had given good service but had become hard to lift.

The decision was to install four new electric shutters and Sentry 75 fitted the requirements as a cost effective shutter that has robust qualities to withstand the high street locations. The shutters had punched laths to allow vision through the shutters when closed.

The install was completed in two days and the new shutters look great and are up to the latest standards required. 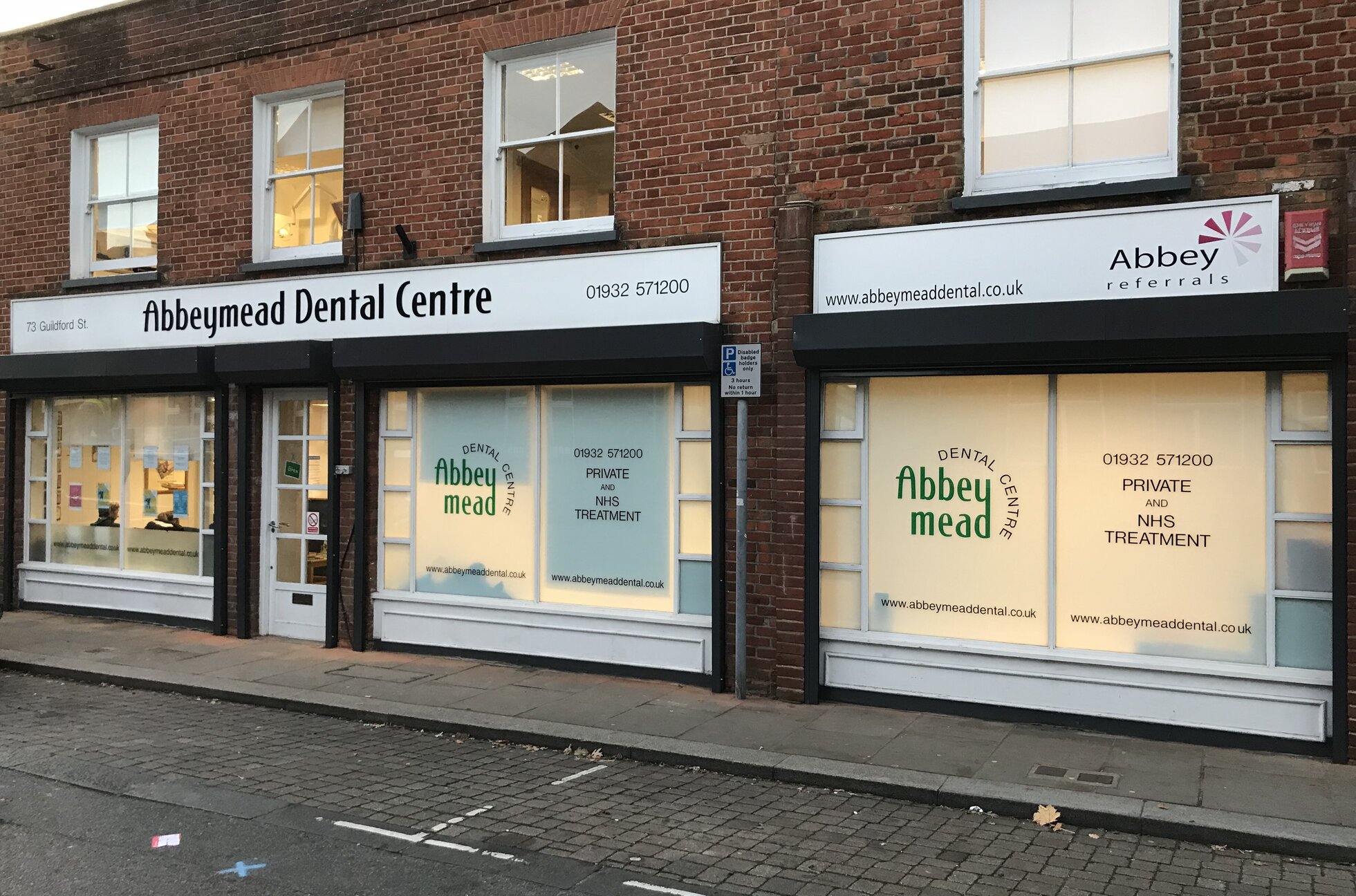 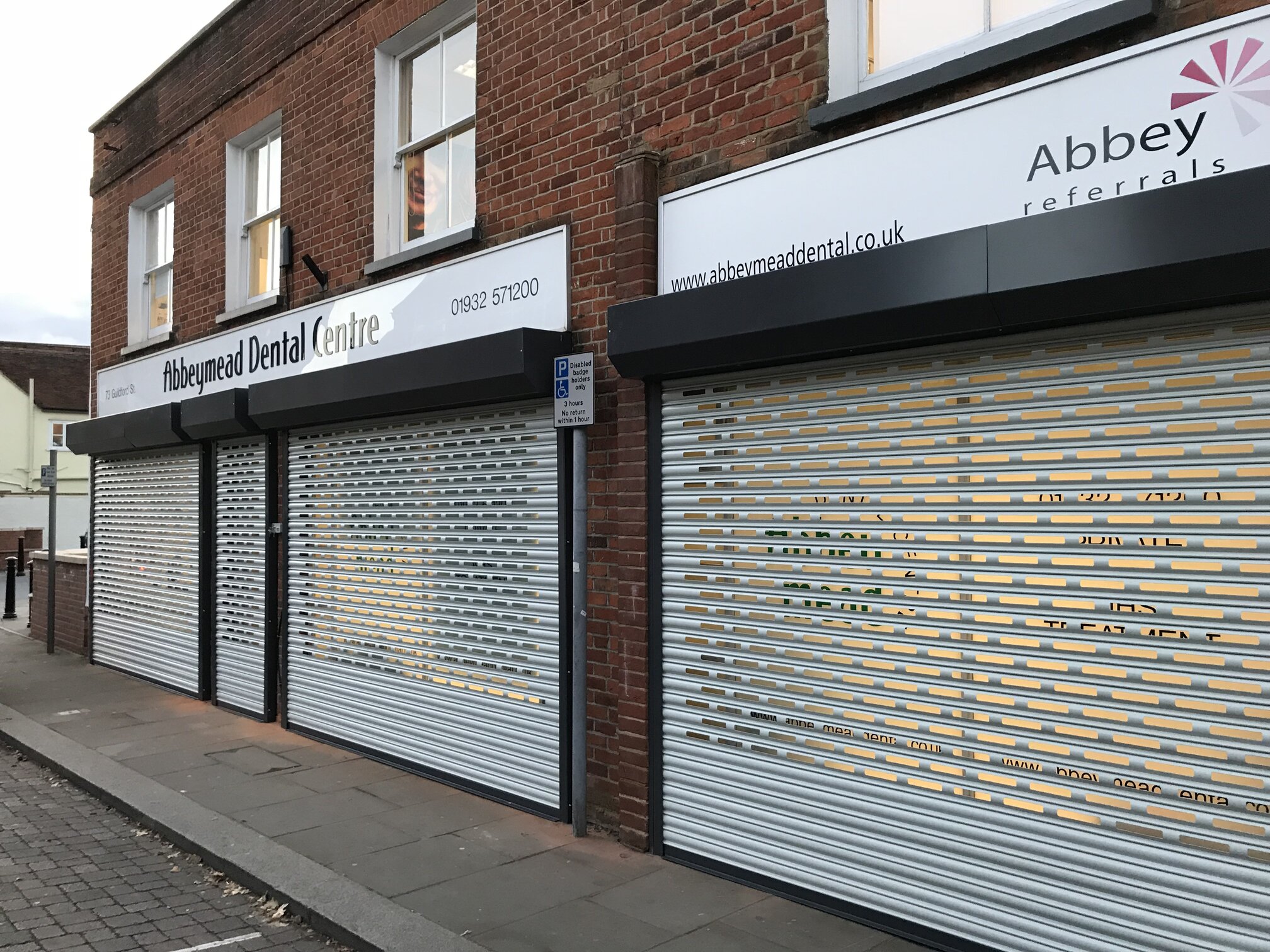 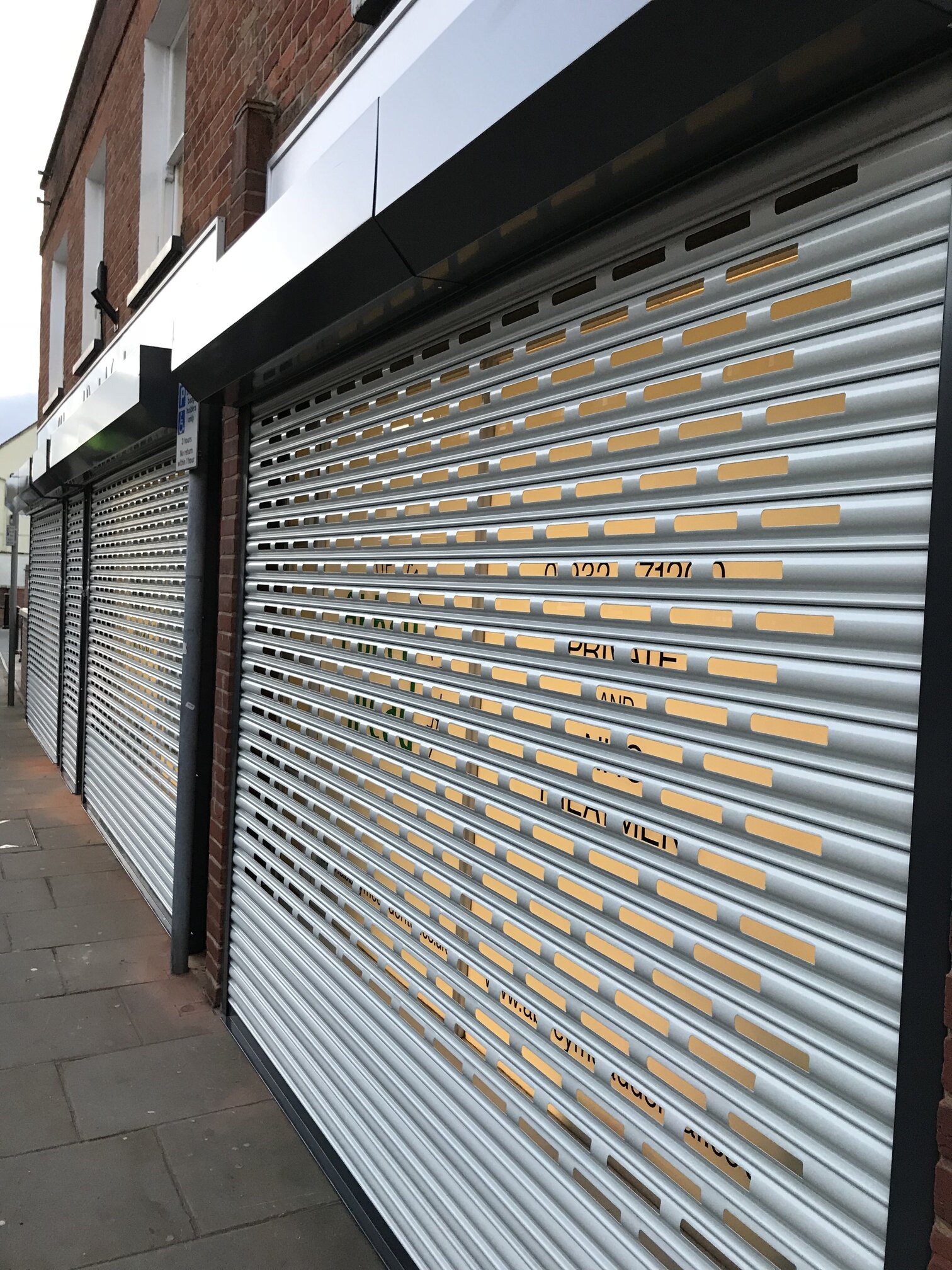